Affordable housing is a critical component for fostering upward mobility and creating vibrant communities. Yet, Mecklenburg County currently faces a deficit of 36,000 affordable housing units, and nearly half of its residents are cost-burdened – meaning housing costs exceed 30 percent of income.

The affordable housing shortage is why Foundation For The Carolinas started the privately financed Charlotte Housing Opportunity Investment Fund in spring 2018 with a $5 million program-related investment, the largest of its kind in FFTC’s history. Thanks to generous donors, the fund exceeded its $50 million fundraising goal in September 2019 and currently stands at $53 million.

The fundraising campaign followed the City of Charlotte’s placement of a successful $50 million bond referendum on the ballot in 2018 to dramatically boost its publicly financed Housing Trust Fund.

The privately financed Charlotte Housing Opportunity Investment Fund aims to lessen the growing affordability gap to develop housing that serves residents in a range of incomes – including moderate, low and extremely low-earning households. Local Initiatives Support Corporation, also known as LISC, will hold and manage the Charlotte Housing Opportunity Investment Fund, which will work in tandem with the City’s trust fund.

A number of companies and philanthropists contributed to the campaign, including:

In addition to the $53 million raised in the Charlotte Housing Opportunity Investment Fund, another $104 million in private sector support was pledged outside the fund. In total – including the $50 million from the public sector, $15 million from Mecklenburg County for rental subsidies, a $25 million pledge from LISC, and $26 million raised for A Way Home, a rental subsidy program – $273 million in public and private sector funds have been committed to support affordable housing since the campaign began.

Increasing access to affordable housing was a key recommendation in 2017’s Leading on Opportunity report. The hope is by leading the way, other members of the private sector will follow.

“We’ve seen tremendous progress since the report was released last year, and making our fundraising goal is just the latest step,” said Michael Marsicano, president and CEO of FFTC. “We are grateful for all the organizations that answered this call. The time is now to address access to affordable housing, and I’m appreciative that so many organizations recognized this and committed to this worthy cause.”

Learn more about Leading On Opportunity and read the full report. 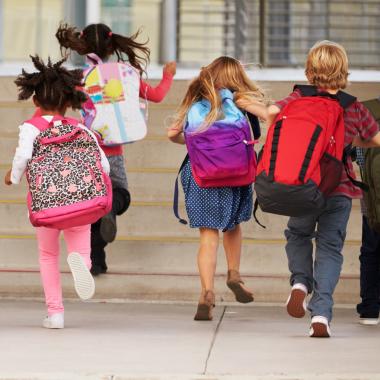 Our Civic Leadership
© Foundation For The Carolinas